Apple can afford to be out of social media. Your company doesn’t.

Recently someone said to me that social media presence is overrated. His example: Apple. One of the biggest company’s in world. Apple almost doesn’t exist in social media. It has a Twitter account but never issued a single tweet. It’s Facebook page has more than 10 millions likes but has no activity.

Sure, some Apple services Twitter accounts do work, like the App Store. But generally the Mac, iPhone and iPad company almost does not exist in the social media universe. And this is one of the most successful enterprises in the world.

Last year, Apple supplanted Coca-Cola as the most valuable brand in the world. It’s value is calculated in 98 000 000 000 dollars. It’s one of the company’s with more loyal fans. Some of them would buy anything released by it. Even overpriced. Even if it was a paper clip.

So, it’s true that social media presence is overrated? No, it isn’t. The truth is that Apple can afford to be out. Your company doesn’t.

1. Loyalty. Apple has tons of loyal fans, almost always watchful of what the company does and makes. Your company doesn’t have this.

2. Community. This fans (some might say ‘superfans’) do all the social media for Apple. For free and only because they love it. Your company doesn’t have this.

3. Culture. Apple has a culture of secrecy that actually works for its benefit. Each presentation is widely publicized in newspapers, tv, radio, websites and social media. Your company can’t do it.

4. Leadership (or arrogance). Apple is used to rule some key factors in the market. Steve Jobs told, in 1998, that “a lot of times, people don’t know what they want until you show it to them”. Your company can’t (absolutely can’t) do this.

5. Advertising. Apple produces some ads. Most of them showed in tv. But each of them is replicated by lots of websites and in social media by fans posts. To reach this exposure, your company would need to spend millions and millions of euros or dollars.

6. Value. In 2013, Apple reached the first place in the list of the most valuable brands in the world. What’s the place of your company?

7. Innovation and tendencies. Apple makes trends and usually is ahead in the list of the most innovative. And this generates buzz. Your company can do this? 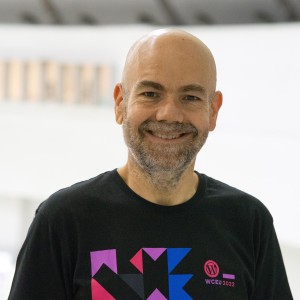